Anastasiades: Tatar's remarks are invalid, passports revoked only for some Turkish Cypriots 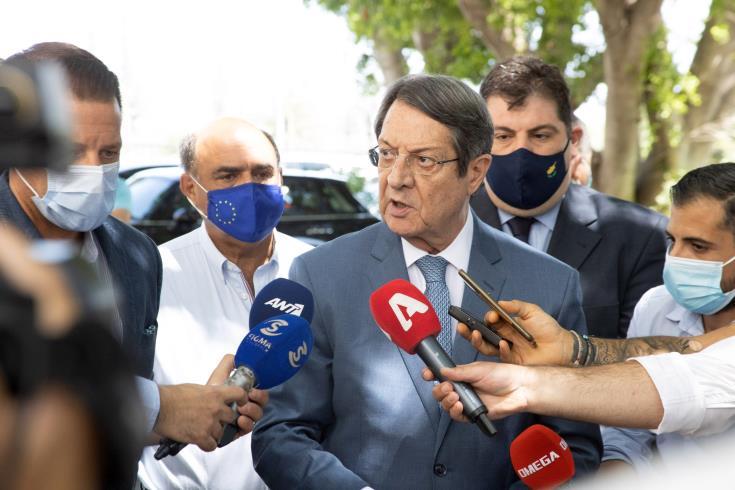 In a written statement, President Anastasiades said that he could reply substantially and with a strict manner to Tatar’s allegations, however he does not wish to further escalate the situation. “What I am interested in is the solution to the Cyprus problem, based on the High-Level agreements, the UN resolutions and the acquis communautaire for the benefit of both communities”.

I will only make two observations about the unsubstantiated and conflicting remarks by Mr. Tatar, the President said.

On Tatar`s claims that the decision is discriminatory and it so called violates human rights, as it discriminates between citizens, “I would like to remind Mr. Tatar that he personally said in public statements and I quote ‘...we are of a different race. We speak Turkish, our religion is Islam, our homeland is Turkey”.

Contrary to the above allegations, the President underlined, the Republic of Cyprus, “respecting the rights of our Turkish Cypriot compatriots, went ahead and issued 97 thousand travel documents while those who possess Cypriot identification cards, which confirms the Cypriot nationality, exceed 110 thousand”.

Therefore, allegations concerning discrimination are unfounded since the revocation of passports strictly concerns a restricted number of persons who with their actions undermine the independence, the sovereignty and status of the Republic of Cyprus and certainly not the entirety of our Turkish Cypriot compatriots”.

At this point, president Anastasiades said the observation "is indeed true but is contrary to Tatar’s views about two peoples’ regarding Cypriot citizens or a two-state solution which flagrantly violates the agreements which he is citing".

Therefore, if he means what he is claiming, "the Greek Cypriot community insists and is completely ready to accept the restoration of the constitutional order with Turkish Cypriots returning to the executive, legislative, judicial authority and the other services of the Republic, based on the provisions of the 1960 Constitution, and the simultaneous start of negotiations to determine the areas which each community will have the right to administer, according to UN resolutions".

The government of the Republic of Cyprus announced on Monday that it will revoke Cyprus’ passports held by fourteen “officials” of the Turkish-occupying regime, in the northern part of the island, as well as members of the “committee for the opening of the fenced-off city of Varosha” as they undermine the sovereignty, independence, territorial integrity and security of the Republic of Cyprus and promote the implementation of Turkey`s plans to change the status of the fenced off area of Varosha, in contradiction with the UN Security Council resolutions and more specifically resolutions 550 and 789, related to the fenced off area of Famagusta.

UN Security Council resolution 550 (1984) considers any attempts to settle any part of Varosha by people other than its inhabitants as inadmissible and calls for the transfer of this area to the administration of the UN. Resolution 789 (1992) also urges that with a view to the implementation of resolution 550 (1984), the area at present under the control of the United Nations Peace-keeping Force in Cyprus be extended to include Varosha. 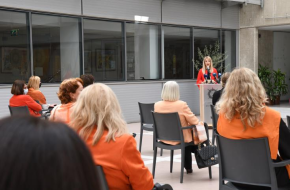 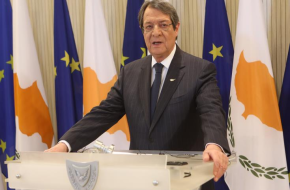 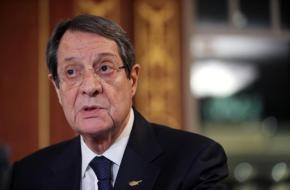