Home » News » Anastasiades: Turkey’s threats will not break our spirit

Anastasiades: Turkey’s threats will not break our spirit 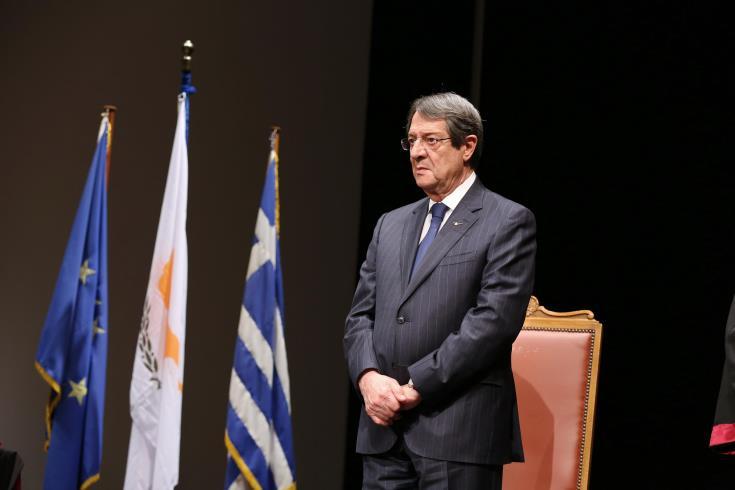 Cyprus President, Nicos Anastasiades, said on Thursday that Turkey’s threats against Cyprus will not break the Cypriot government’s spirit, while adding that the Cyprus problem has to do exclusively with international law and the European Union.

President Anastasiades was speaking upon his arrival at the Aristotle University of Thessaloniki where he was granted an honorary doctorate by the Faculty of Law.

He said that Turkey’s behaviour is violating every European principle, despite the fact that it is an accession candidate.

“What protects us is international law", he noted, adding that the policy of the Republic of Cyprus is based on establishing and reinforcing excellent relations with its neighbouring countries.

"The demarcation of the Exclusive Economic Zone with Egypt, Israel and Lebanon, according to the principles of the International Convention on the Law of the Sea, signed on 1982, protect and guarantee the acquired rights of the Republic of Cyprus. In this context, illegal actions do not create any legal effect”, Anastasiades said, referring to Turkey’s activities in  Cyprus’ Exclusive Economic Zone (EEZ).

Referring to the forthcoming trilateral meeting between himself, UN Secretary General Antonio Gueterres and Turkish Cypriot leader Mustafa Akinci which will be held in Berlin on November 25, President Anastasiades stressed that the Cypriot government is determined to take part in any dialogue proposed by the UN Secretary General and expressed the hope that conditions will be met for a creative dialogue for a viable and functional solution to the Cyprus problem.

Asked whether the European Union shows solidarity with Cyprus as regards Turkey’s actions, Anastasiades responded that for the first time the European Union has decided to take targeted measures against Turkey for its illegal actions in Cyprus’ EEZ, which violate the sovereign rights of the Republic of Cyprus.

Cyprus has been divided since 1974, when Turkish troops invaded and occupied its northern third.  Repeated rounds of UN-led peace talks have so far failed to yield results. The last round of negotiations, in the summer of 2017, at the Swiss resort of Crans-Montana ended inconclusively. 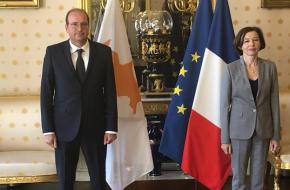 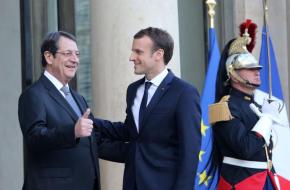 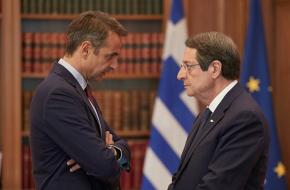 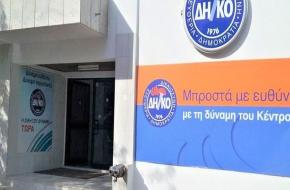