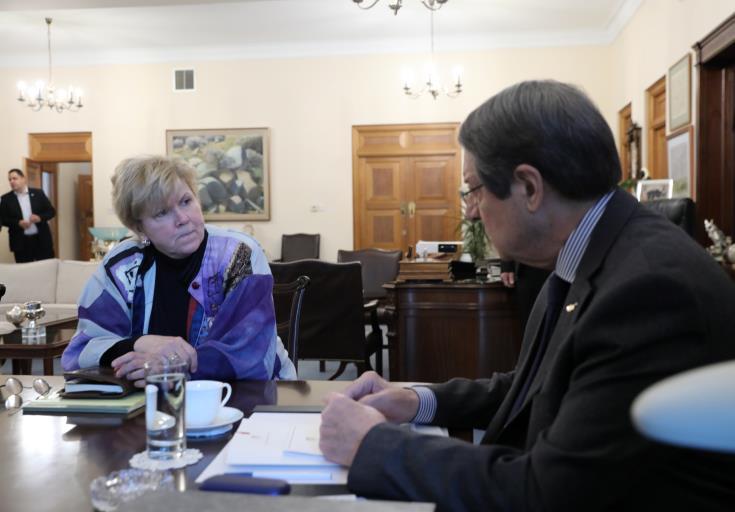 UN Secretary-General’s special envoy Jane Holl Lute conveyed the wish that the leaders’ meeting on Friday will yield positive results.
She was further quoted as saying the UN diplomat will return to the island in the next weeks.

The UN diplomat is said to have “conveyed her support for a positive result from the imminent meeting of the president with Turkish Cypriot leader Mustafa Akinci”.

During the conversation, Lute said she is monitoring developments with interest and expressed the wish for a positive result from the two leaders’ meeting”, underlining her intention to return to Cyprus in the coming weeks.

The Republic of Cyprus has been divided since 1974, when Turkish troops invaded and occupied its northern third. Turkey has ignored numerous UN resolutions calling for the withdrawal of the Turkish troops and respect of the integrity and sovereignty of the Republic of Cyprus. Repeated rounds of UN-led peace talks have so far failed to yield results. The last round of negotiations, in the summer of 2017, at the Swiss resort of Crans-Montana ended inconclusively. 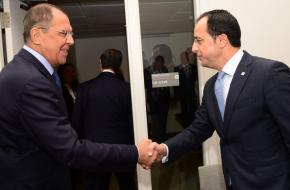 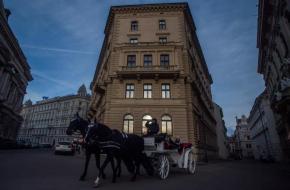 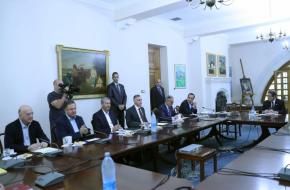 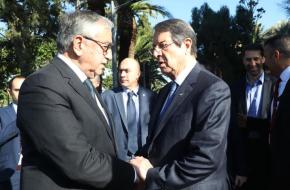