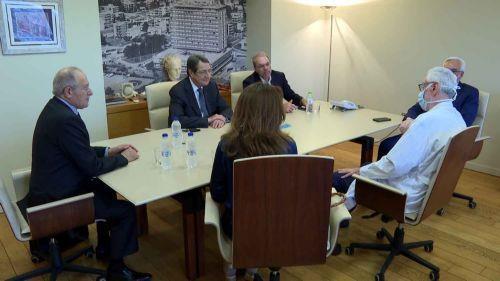 Cyprus President Nicos Anastasiades, visited on Wednesday Labour Minister Zeta Emilianidou, who is being treated in an Athens medical centre in critical condition after having suffered an aneurism. In statements following his visit he said it is a difficult case and wished that she would soon overcome her problems.

Emilianidou, he said after having been briefed by her doctors, "remains in a critical stable condition."

The doctor in charge of her case, he noted, "explained everything to me."

"She is, unfortunately, one of the difficult cases," he added.

President Anastasiades expressed his satisfaction that "they are exhausting all medical resources at their disposal in order to achieve the best possible results."

"I have seen her personally, off course I mean visited her, she is under sedation, as you know," he noted.

He further wished that "she will soon overcome her problems and be with us."