Famagusta Mayor Alexis Galanos dies at the age of 79 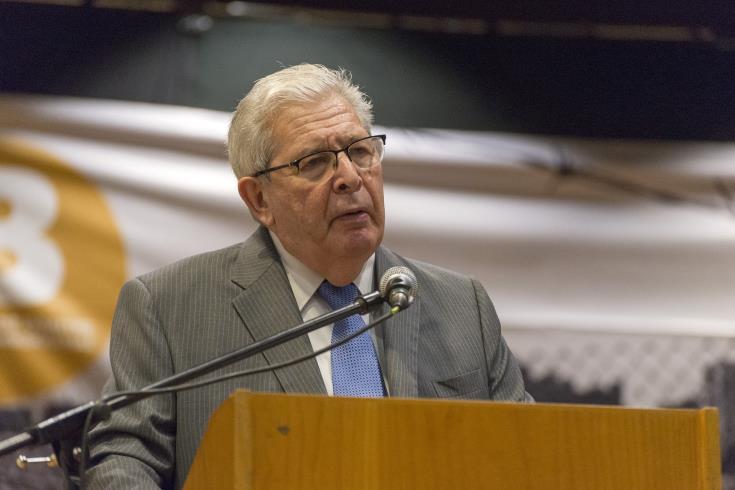 Mayor of the Turkish occupied municipality of Famagusta Alexis Galanos passed away on Monday, at the age of 79. He was on vacations in the Greek island of Kos with his wife when he died. Galanos served as Famagusta Mayor since 2007.

He was born in 1940 and graduated in 1958 from the American College in Athens. He studied at Cambridge (Kings College) and received his Master’s Degree in economic science and sociology in 1962. Subsequently, he studied law and became Barrister at Law at Inner Temple.

Once he finished with his studies, he was employed at the family’s commercial businesses in Famagusta, his place of origin.

Among the various positions he held in his career, Galanos was Vice President of the Employers and Industrialists Federation (OEB) and a founding member of the Democratic Party (DIKO) in 1976. The same year he was elected MP and chaired the House Committee on Commerce and Industry until 1978. He also chaired the House Committee on Interior and Defence between 1981 and 1985. From 1981 until 1991 he served as DIKO parliamentary representative and until 1989 he represented his party at the National Council.

In 1989 he was elected Secretary General of DIKO and in 1990 he became the party’s Vice President.

From 1991 until 1996 he served as President of the House of Representatives.

In a message on twitter, the British High Commission says it was saddened to learn of the death of Famagusta Mayor and former House Speaker Alexis Galanos and expresses sincere condolences to his family and loved ones.