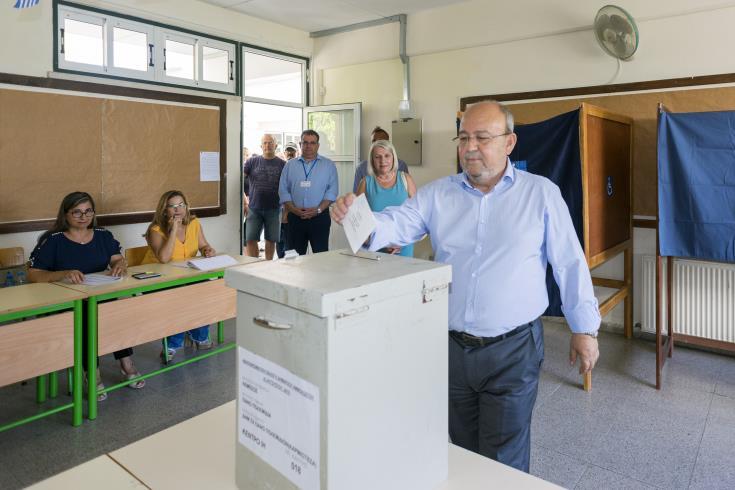 Simos Ioannou was elected on Sunday Mayor of the Turkish-occupied Municipality of Famagusta, securing 48.94% of the vote or 4,697 votes. Ioannou succeeds Alexis Galanos, who passed away last month.

In his statements Ioannou thanked voters for supporting his candidacy and for taking part in the elections. “Voter turnout was not as expected but there are certain special conditions, such as the summer recess and the heatwave” he said, adding that Famagusta Municipal Council will take action for Famagusta citizens to come closer to their municipal authorities.

He thanked AKEL, Democratic Party, Citizens’ Alliance and DEPA for supporting his independent candidacy, as well as voters from other parties who decided to support him in these elections.

Ioannou said that together with other candidates they waged a civilized debate and will work with all who love Famagusta.

Asked about the percentage he received, Ioannou said that the unity of Famagustans comes first. “My course during the last 26 years in the Municipality of Famagusta seems to have persuaded voters that I am able to represent them” he said and expressed hope that he will meet the expectations of all people.

“We need to fight hard in order for Famagustans to be able to return to the city and avert the faits accomplis in relation to Famagusta” he said, adding that this requires unity.

The day after the elections signals the beginning of a dynamic struggle, he said and noted that they will continue on the path of Alexis Galanos and that of his predecessors.

Ioannou will be proclaimed officially mayor on Monday, during a ceremony in the Cultural Center of Occupied Famagusta, in Deryneia.