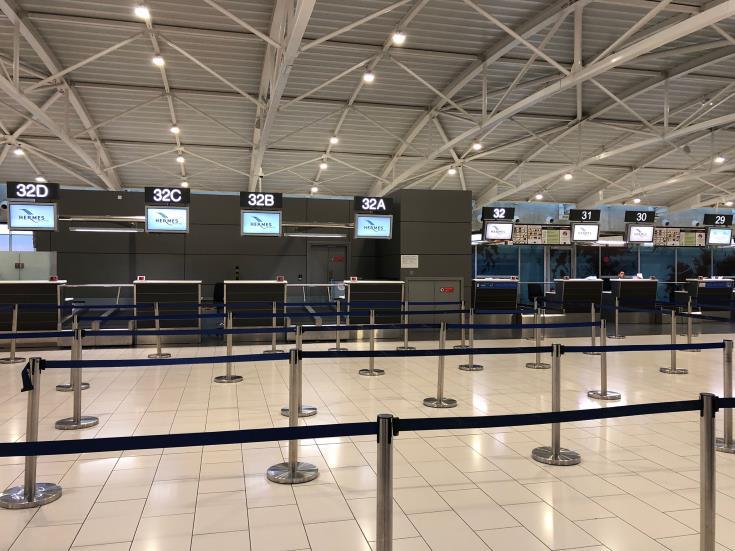 Cyprus on June 9 will reopen its airports for flights with 19 countries in a two-phase approach while hotels will open as of June 1, easing restrictions imposed in mid-March to prevent the spread of the coronavirus outbreak, Minister of Transport, Communications and Works, Yiannis Karousos has said.

The Council of Ministers approved the action plan submitted by the Ministerial Committee.

He said that the Health Ministry epidemiological unit has drafted two lists containing a total of 19 countries and a two-phase timeframe aiming to re-establish air connectivity with these countries. The first phase begins on June 9 until June 19 and the second begins on June 20 onwards.

The list of countries has been drafted after evaluating their epidemiological data.

Karousos said that in the first phase, from June 9 to June 19, passengers from the countries included in both lists will board the plane after presenting a negative Covid-19 test, taken from a certified lab three days before their departure.

Cypriot citizens and other permanent residents could take a test for Covid-19 on their arrival in Cyprus but will be required to stay in self-isolation until the test results are issued, Karousos added.

During the second phase starting on June 20, the Transport Minister said, passengers from Greece, Malta, Bulgaria, Norway, Austria, Finland, Slovenia, Hungary, Israel, Denmark, Germany, Slovakia and Lithuania (first list) will not be required to take a Covid-19 test, while foreign passengers from the second list will be called to present a negative test on the virus as applied in the first phase.

Furthermore, Karousos said that travel restrictions will continue to apply for countries not included in the two lists, except Cypriots, permanent residents or persons visiting Cyprus after a special permit.

They will be called on to present a negative Covid-19 test issued by a certified lab and taken three days before their departure or they could take a test on their arrival. However, they will be called to remain quarantine for 14 days, he added.

The Minister also announced that as of 06:00 local time on Monday, May 25, will mark the termination of mandatory quarantine for all person in self-isolation in designated areas who will be allowed to return to their homes where they will complete the remainder of self-isolation period.