Agreement with Israel on vaccination passports 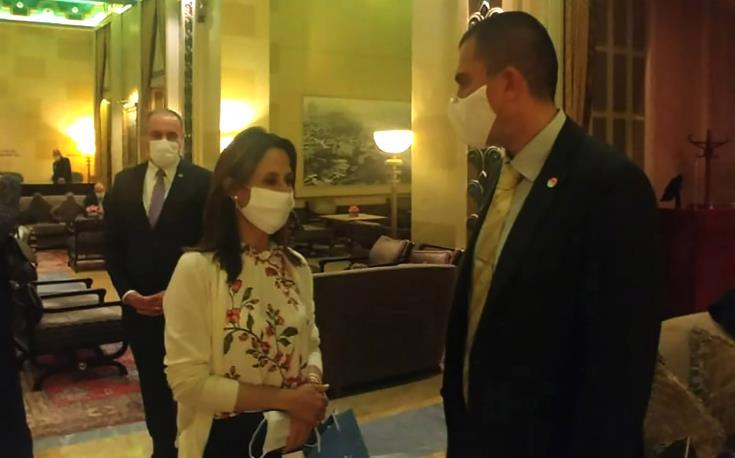 Minister of Transport and Deputy Minister of Tourism have welcomed an agreement reached with Israel based on which as from April 1st 2021, Israeli citizens who have been vaccinated with a vaccine approved by the European Medicines Agency will not be required to take a PCR test to travel to Cyprus and will not be placed in quarantine upon arrival.

In statements to CNA from Israel, where he signed the agreement with his Israeli counterpart Orit Farkash-Hacohen, Deputy Minister of Tourism Savvas Perdios said that the agreement concerns Israeli citizens who have been vaccinated with one of the three vaccines approved by the European Medicines Agency, adding that they should have received the second dose of the vaccine at least 7 days before traveling. He also clarified that it is understood that all those who travel to Cyprus should adhere to health protocols.

He also clarified that those who are not vaccinated will still be able to travel but this will depend on the regulations applicable to the category of the country at tha particular time.

Replying to questions, the Deputy Minister said that in 2019 Cyprus had 300,000 air arrivals from Israel and 40,000 arrivals with cruise ships.

"It was the third most important market for Cyprus," he said.

He pointed out that Israel is a market of almost 10 million people and a flight takes only 45 minutes.

Asked about Cypriots who would like to visit Israel, he said that this issue will be discussed in some weeks  time once the number of vaccinated Cypriots increases.

In statements to CNA, Karousos said that the agreement is very important, and "will contribute greatly to the connectivity between Cyprus and Israel, but also to the increase of the tourist flow to our island".

He added that several airlines are already investing in the good epidemiological picture of Israel but also in the agreement reached on Sunday during the visit of the President of the Republic Nikos Anastasiades to Israel.

Asked whether a similar agreement can be reached with EU countries, Karousos said that at the moment the agreement is with Israel, noting that once other countries are  ready, they will examine the issue further.

"Israel was ready and is giving everyone who has been vaccinated a digital certificate with which one can confirm the details of the vaccination", he said.