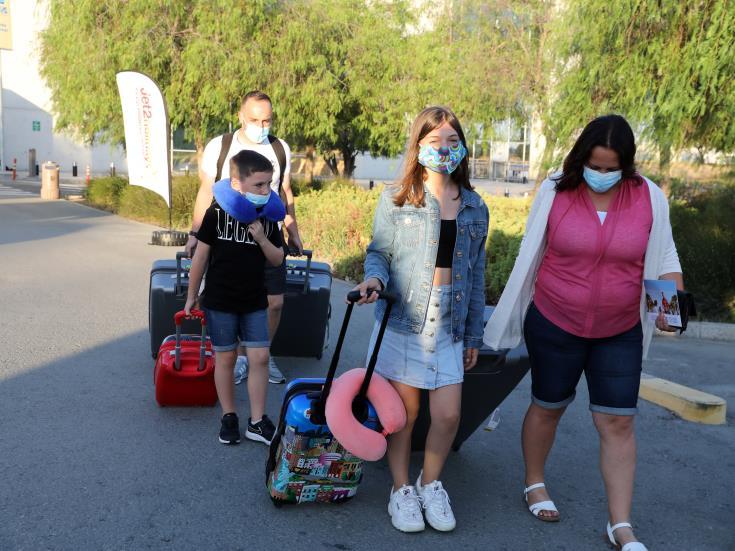 Cyprus authorities have announced that quarantine measures in place for passengers arriving from the UK are extended until January 10.

In a press release the Ministry of Health also said on Saturday that specialised tests are being carried out at the Cyprus Institute of Neurology and Genetics on samples of people who have tested positive to SARS-CoV-2 in order to determine whether the particular variant of the virus has reached Cyprus.

The Ministry of Health refers to a recent ECDC report on the variant VOC 22012/01, which was initially detected in the UK at the end of September and has been associated with a higher viral load, faster spread and an increased transmissibility up to 70%.

The new variant, which has now been identified in various European countries is considered to have contributed to a certain extent to a recent increase in confirmed cases and as a result in the increase of people needing hospital treatment in Europe.

In this context, the press release continues, the ECDC recommends to member states to further enhance and intensify tests on people travelling from the UK. Recommendations also focus on avoiding all non essential travel and that if that cannot be avoided then people who have travelled to isolate for a period of 10 days.

In this context, the press release reads, the completion of specialised tests carried out by the Cyprus Institute of Neurology and Genetics on samples of people who have tested positive for SARS-CoV-2 is expected, in order to determine whether the specific variant is present in Cyprus.

Therefore, the Ministry of Health informs citizens that a Decree issued on December 21, which provides for mandatory quarantine in hotels of the Republic for passengers arriving from Cyprus for a period of 7 days is renewed and will be in place until January 10, 2021.

In accordance with the measures in place since December 21, passengers from the UK are tested for COVID-19 as soon as they arrive to the airport. People under the age of 18 years old will be able to self-isolate at their home. However they can also remain in isolation at the hotels if they are travelling with their parents/guardians or if they cannot self-isolate at home.

On the 7th day the passengers will be tested again for COVID-19 and those who test negative will remain in self-isolation for three more days (total isolation of ten days).

The cost for the transfer to and accommodation in the hotels will be paid by the state. 25/02
Deputy Tourism Minister presents main goals of the 2030 National Strategy for Tourism
25/02
KPMG survey “Me, My Life, My Wallet”
25/02
Online webcast by PwC on the transformation of the economy
25/02
Authorities announced one death, 143 new coronavirus cases
25/02
UK travel agents expect “steady flow” of bookings to Cyprus