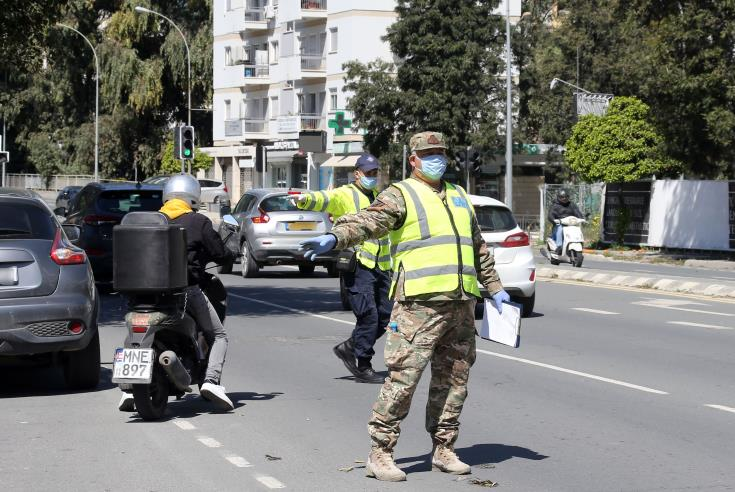 Police booked 20 citizens and nine businesses during the past 24 hours following 1,848 checks in all districts as part of the measures against the spread of Covid-19.

The fines concerning the businesses were mostly for failure to check customers for SafePass or of their employees to present one.

A member of the Police press and communication unit, told CNA that two kiosks were fined €500 each during 379 checks in the Nicosia district, since employees did not have a SafePass.

In Limassol, 183 checks were carried out resulting in nine fines to individuals and three to two mini markets and a kiosk, €500 each. One of the mini markets did not check customers for a SafePass, in the other, the manager did not have one, while the kiosk did not have the necessary signs.

Two citizens and two businesses were booked in the Larnaca district out of 458 checks. A cafeteria was fined €750 and a shop €500, after it emerged employees did not have a SafePass.

In the Morphou area, a restaurant was fined €1,500 and another €750 during 179 checks, due to that no SafePass checks were carried out and for failure to put up the necessary signs.

No violations were recorded during 162 checks by the Traffic Police. The same applies for the four checks carried out by the Port and Marine Police.
During checks at the airports, three people were fined. 23/05
CBC Governor: Growth to decelerate, inflation to spike due to geopolitical tensions
23/05
Labour Minister continues to be treated in an ICU in Athens
23/05
DBRS on StockWatch: High inflation will be temporary
23/05
Capital Group’s €8bn European bank sell-off was driven by single fund manager

23/05
Investment funds increase to 273 in March
23/05
CNP Insurance: Series of lectures on Health and Safety at Work
23/05
DBRS on StockWatch: High inflation will be temporary
23/05
Labour Minister continues to be treated in an ICU in Athens
23/05
CBC Governor: Growth to decelerate, inflation to spike due to geopolitical tensions