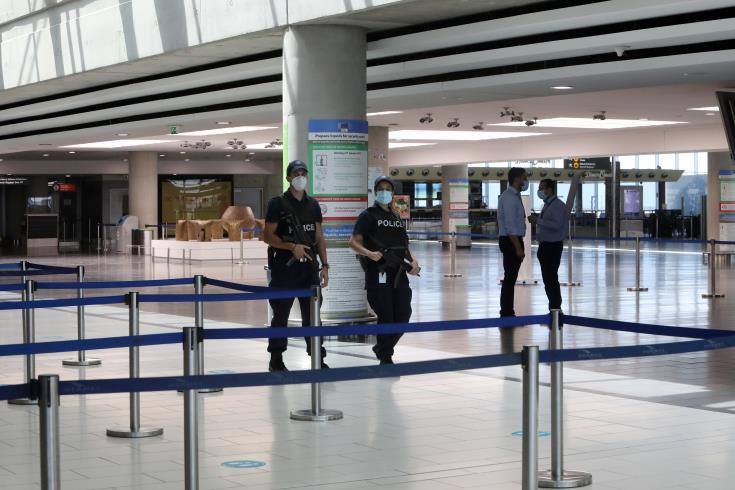 Covid-19 sample tests on passengers of 19 flights at Larnaca and Paphos airports were conducted from July 31st until August 2nd, a press release issued by the Health Ministry said.

The Ministry said that an individual positive to the virus who came to Cyprus from the US has infected 14 other people and criticized the fact that there are people who do not abide by the protocols of compulsory self-isolation.

It also said that nine out of the 26 individuals who were announced on Sunday as being positive to the virus were close contacts of other people infected and violated the quarantine.

According to the Ministry despite recommendations and appeals it seems that quite a few people do not abide by the instructions and the protocols of compulsory self-isolation especially when they are close contacts of other cases.

The Ministry said that the person who tested positive to the virus, came from the US to Cyprus violated the quarantine, visited several areas organized and attended a party and a dinner and has so far infected 14 other people.

Three positive cases were detected on flights from Thessaloniki on July 31st, one from Athens on August 1, one from Mykonos on August 1 and one from Zurich on August 2.