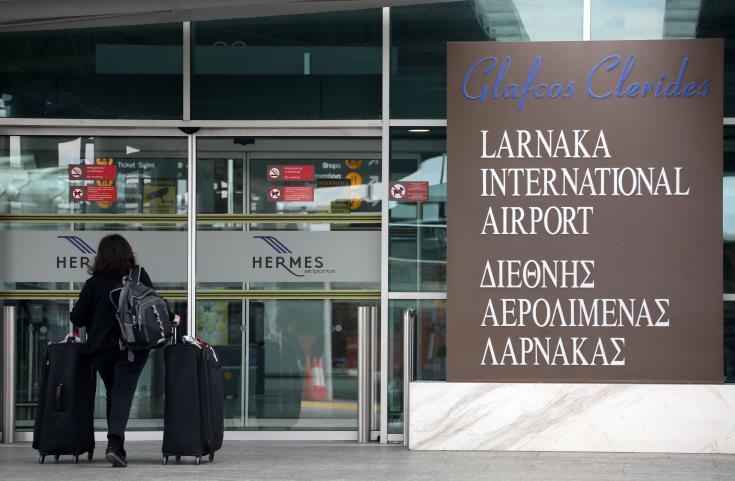 The Scientific Committee at the Ministry of Health is considering measures leading to the opening of airports within June, Assistant Professor of Pediatrics and Infectious Diseases at the University of Cyprus and Head of the Pancyprian Medical Association’s Special Committee on dealing with the coronavirus, Maria Koliou, has told CNA.

She said that there will be strict preconditions of entry for visitors arriving on the island.

The opening of airports, she said, is scheduled for mid June but what needs to be done is to see the level it will take place and how. We were instructed to deal with this ussue and then see how it will work, she told CNA. The lifting of measures, she added, needs to take place at stages.

Koliou said the opening of airports will be very strict and each visitor’s individualities will be taken into consideration.

She further said when airports open, there will be very strict preconditions for the tourism that will come to Cyprus. We are already preparing measures, just like they do in the EU. What worries them is that if one country is managing the situation and then infected tourists or sick people arrive, it will be easy for the virus to be transmitted anew.

She said tourists cannot be put into quarantine for 14 days. People come to enjoy their holidays, to relax and therefore it is up to us to put down the preconditions that will secure our country’s safety.

The measures will set some control on the visitors that arrive. In addition, importance will be given to the rating of the countries from which tourists will come to Cyprus, depending on the stage at which they are regarding the coronavirus.

Referring to tests held before visitors come to Cyprus, she stressed the need for tourists to be convinced to have them, unless it is a safe country like Greece and other small European countries that have managed to control the virus to a large extent.

We still have a month to deal with the issue. I believe that by then, the epidemiological indicators in many countries will change. We will see what other countries are also doing and will remain coordinated, she told CNA.

She also said they have not discussed opening the crossing points, as these are expected to open when airports open too.

Dr.Koliou said that during Friday’s meeting at the Presidential Palace of the Scientific Team, under President Nicos Anastasiades,  the situation will be reviewed and conclusions will be discussed.

It will be almost two weeks since the measures were relaxed so it will be a first evaluation of the situation, in view of the second phase of relaxing the measures, she added.

So far, she said, there has not been any increase or deviation from the epidemiological indicators set.  We will need some more days. In the next few days, I believe the effect of any change on the indicators will become evident, said Koliou.

«So far, it looks like things are going well. I believe we do not have serious problems”, she said, adding that there are reports that many people have started to be careless and I hope it will not be reflected on the indicators and take us back. The state will have to go back to lockdown measures in the event something happens”, she stressed.

Regarding the opening of high schools for final-year students, she said the children were responsible and adapted to the measures.

The opening of schools for final year students, was helpful as the number of students was not big and it helped to point our the problems and make corrections.

She also said that no one can rule out a second phase of the epidemic.

"There are indications from epidemiologist overseas that there will be a second wave. If there is one overseas, then there will be one here too. The proportion of population which is immune here is very low so that if there is a second wave and a surge in cases, there will be vulnerable people. However, we are very experienced. We know the measures that need to be taken to control the situation. We can now see what drugs are effective in treating it and at some point there will be vaccination, probably beginning of next year", she added.

Dr. Koliou expressed optimism that things will go well. "We need to be optimistic, see every step in a positive manner but with preconditions. We all need to help each other and take measures to protect ourselves and others”, she concluded.