Importance of 5G and Fiber Optics for digital transformation

The importance of 5G and Fiber Optics for Cyprus` digital transformation was highlighted Tuesday, during a hybrid Conference that took place in Nicosia titled "5G & Fiber Optics: The way that leads Cyprus to Industry 4.0!". The Conference was organized by Infocom Cyprus, in the framework of an online 3-day technological festival by Smart Com & Smart Press.

The Conference hosted various thematic debates on infrastructures, connectivity, ecosystem and investments as well as the population`s expertise with keynote speakers from Cyprus and abroad.

Dr Stelios Chimonas, Permanent Secretary of the Deputy Ministry of Research, Innovation and Digital Strategy said that fiber optics and 5G are tools to promote and accelerate the digital transformation of our state, society and economy.

He added that investing in new network technologies is expected to bring multidimensional benefits, such as enhancing our country`s competitiveness, increased efficiency and productivity, expanding business and promoting innovation. At the same time, he said, it is a fertile ground for synergies and cooperation at national, regional, European and international level.

Dr Chimonas said that Cyprus has made significant progress in recent years in terms of its digital infrastructure , however the main challenge remains and this is the development and adoption of high-speed broadband services.

He referred to the Cyprus Broadband Plan 2021-2025, which has been prepared by the Ministry after consultation with all stakeholders, and it is the roadmap for Cyprus to develop targeted actions and make effective use of available financial tools at national and European level, including the Recovery and Sustainability Fund.

Director of Research and Innovation Foundation Theodoros Loukaides in his speech said that Cyprus has managed to be among the 5 European countries that have improved their performance by more than 25% in the European Innovation Scoreboard 2021, with the second best progress. Also in the Global Innovation Index 2021, Cyprus, according to Loukaides is ranked 28th in the world and 2nd in the region of North Africa and West Asia, making significant progress compared to 2020.

Referring to the need to invest in the necessary infrastructure and actions that will enhance the development of digital tools and increase the productivity and competitiveness of the Cypriot economy, he noted that this is a collective effort in which his Foundation plays an important role, through, among others, project funding and research and innovation.

He referred to various programs implemented  by Research and Innovation Foundation and the operation of a central office of knowledge which is expected to enhance the transfer of knowledge and the conversion of research results into innovative products and services of added value.

During the opening deliberations of the Conference a speech was delivered by Costas Agrotis, the Head of the Cyprus Computer Society who noted that the challenges ahead of us are huge and we need to make use of the capabilities offered by the telecommunication infrastructure. He spoke of the goals and the role of the Cyprus Computer Society and the new trends in the market such as Cloud Computing, Security and Cyber Security and Block Chain.

Yiannis Menelaou , Founder – Head of Enterprise, Cyprus Blockchain Technologies spoke of the importance of the parallel development of digital technology and economy and the need for fast speeds .

He also mentioned the importance of data security and reliability and the automation of online transactions. Menelaou said that blockchain technologies are applied horizontally to both mobile and internet technologies and we expect that the applications that will use these technologies will be developed rapidly. 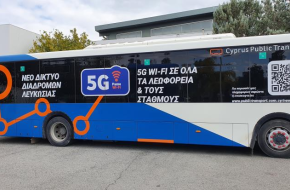 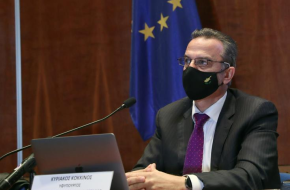 Citizens to have access to public digital services and government services
General, Telecommunications 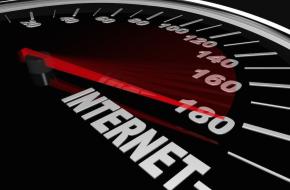 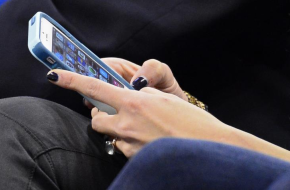 Introduction of 5G across the island
Telecommunications