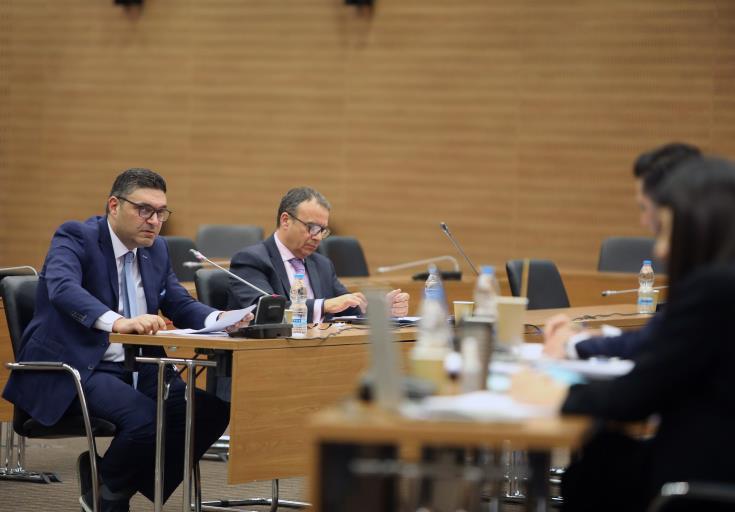 The government will submit to the parliament a supplementary budget amounting to €220 million as part of its second fiscal package to mitigate the impact of the coronavirus outbreak, Minister of Finance Constantinos Petrides told the parliamentary committee of finance and budgetary affairs.

The supplementary budget will include additional state expenditure amounting to €120 million for the Ministry of Labour schemes to support businesses and employment and €100 million for the direct grants to companies and self-employed persons.

Petrides said the remaining measures namely the state guarantees to the European Investment Bank (EIB) will not require parliamentary approval.

Last Wednesday the Council of Ministers increased state guarantees to EIB for loans to Cypriot SMEs and midcaps by €500 million and decided to increase the capacity of the Cyprus Entrepreneurship Fund launched with the EIB to €400 million generating loans to SMEs and midcaps to €800 million. Furthermore, the cabinet approved Cyprus’ participation to the EIB’s Paneuropean Gurantee Scheme in response of Covid-19, with €32 million, estimated to generate loans ranging between €300 and €400 million. The approvedd package also includes interest rate subsidies for companies, self-employed persons and for housing loans which will be included in the state budget for 2021 as first payments are due in March 2021.

Petrides told the Parliament that the supplementary budget will be approved by the Council of Ministers next Wednesday.

“My intention, with the agreement of parliament, is to submit a supplementary budget in the next few days to cover the Ministry of Labour’s new schemes and the direct grants,” he told MPs.

He described the new package as “a bridge-package that is in line with the new era and the lifting of restrictions and the kickstart of the economy.”

Petrides added that the government measures will be submitted to the European Commission for approval under the temporary framework for state aid rules, noting that grants are expected to be disbursed within June.

Speaking during the meeting, Petrides said interest rate subsidy is estimated at €180 million and will be covered by the 2021 state budget, as banks capitalise interest rates in December, adding that first payments will be made in end-March 2021.

He also noted that interest subsidy for housing loans is estimated at €45 million, based on the new housing loans granted in 2019. The Minister said these subsidies concern loans with a value up to €300,000 for the purchase of primary residences.