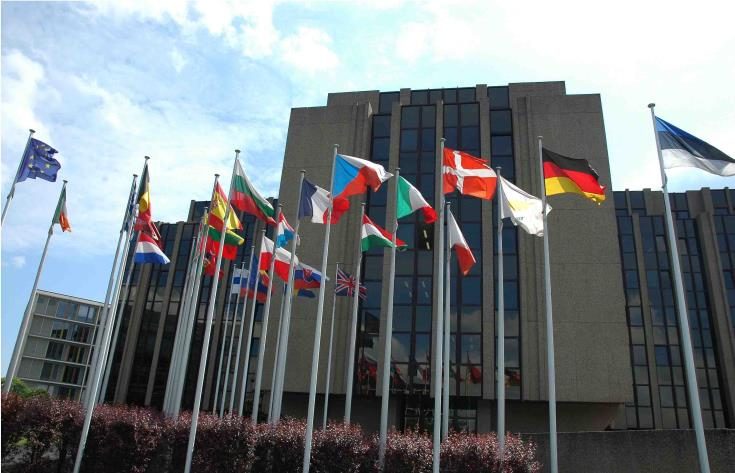 Cyprus ranks first among EU Member States in terms of the absorption of European funds, according to the European Court of Auditors (ECA) Report for 2020. The absorption rate is 75% with the EU average being at 62%.  The results of the report were presented on Thursday by the representative of Cyprus in the Court of Auditors, Lazaros Lazarou, at a joint session of three parliamentary Committees.

In his statements after the meeting of the three Committees, Lazarou said that Cyprus was the first EU member in funds absorption until the end of September 2021 with a percentage of 75% compared to 62% which is the EU average. As he said, there are still two and a half years left to absorb the remaining 25% of the funds as the programming period 2014-2020 ends at the end of 2023.

Replying to questions he said that the Court of Auditors has not detected any serious problems in the way of absorption of the funds.

Asked if the ECA controls the EU funds channelled to the Turkish occupied areas of Cyprus, as from 2006 until today €591 million have been allocated for the Turkish Cypriots,  Lazarou said that this year the CoA has audited one act in the occupied territories and has not found any error, as part of the sample checking performed in the areas that are not controlled by the Republic of Cyprus.

Lazarou noted that from 2004 to 2020, Cyprus contributed to the EU budget a total of €3.1 billion  while it received a total of €3.4 billion from all EU funding mechanisms. For the programming period 2021-2027, Cyprus received funds amounting to €2.7 billion in grants and €200 million in loans.

"The presentation of the Annual Report of the European Court of Auditors, by Member of the Court Lazaros Lazarou, sends extremely positive messages for our country," he said.

Of particular importance, he noted, is the fact that, according to official data from the European Commission, Cyprus ranks first among the Member States of the European Union, achieving absorption rates of up to 75%, when the European average is 62%.

"The high rates of absorption of European funds highlights the ability of our country, but also of the competent bodies to design, plan and implement programs with huge requirements, while at the same time this absorption is implemented without any comments from the European Court of Auditors," he added.

Cyprus received a total of €3,406 billion from all EU financial instruments - thus having a total net income of €328 million. For the programming period 2021-2027, Cyprus received funds amounting to €2.7 billion in grants and €200 million in low-interest borrowing.