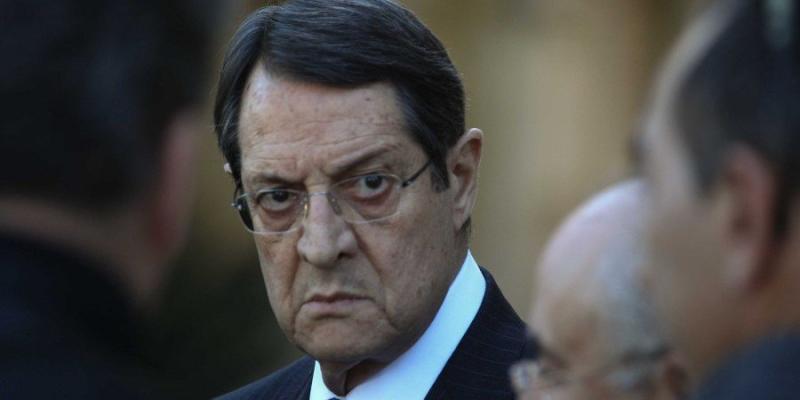 President of the  Republic of Cyprus, Nicos Anastasiades, has welcomed the approval of the 2021 state budget by the Parliament, underlining its importance and saying that we must now focus on its implementation.

In a televised statement, the President welcomed the approval of the revised state budget for 2021 by the House of Representatives on Thursday and thanked the parties that voted in favour (DISY, Socialist EDEK, Citizens` Alliance, Solidarity Movement, ELAM and Cooperation of Democratic Forces). He said that the 2021 budget  sets out the main objectives of the government as well as the views of the political forces that contributed to its approval.

The President underlined that as of today we must overcome the toxic climate of the recent months and focus with consensus on the implementation of the budget.

"The government`s will to address in an effective manner the consequences of the pandemic is reflected through the expenditure  to strengthen  the health sector, support  the income of vulnerable groups, employees  and special support programs for thousands of companies, organized groups and organizations that  amounted to 1.6 billion euro in 2020. The same political will is recorded in the 2021 budget, with increased expenditure by 930 million so that development needs are not overlooked" the President stressed.

The budget, he said, has five major strategic pillars. First goal, the President added, is the continuation of the emergency measures to support employees and businesses affected by the pandemic. He noted that for January alone, the government spending exceeds 330 million.

Secondly, he said, the budget aims to strengthen the welfare state and referring to the health sector, he said that the 2021 budget is the largest in expenditure in the history of the Republic of Cyprus, representing 12.7% of the primary expenditure of the total budget.

The President also said that expenditure for the vulnerable groups of the population, amounts to 2 billion 914 million euro,  representing 37,5% of the total primary expenditure of the state.

Thirdly, he said that the state budget lays the foundations for recovery but also for a sustainable and dynamic development as it incorporates the necessary appropriations of 634 million for the implementation of the National Recovery Plan, it strengthens entrepreneurship with 400 million for the period 2021-2027, it aims at green growth, with more than 50 development projects, it emphasises on education with 1 billion 297 million euro, on culture with expenses of 147 million, while it includes the largest budget ever allocated for e-government and digital transformation, with projects exceeding 140 million.

Furthermore, he said, the budget implements large development infrastructure projects of 1 billion and noted that there is an increase of 82% in development expenses of the Ministry of Transport, in relation to the previous period for the next three years.

The fourth strategic goal , he continued, is the strengthening of Cyprus` defensive capabilities. He pointed out that taking into account the risks that the Republic of Cyprus faces the state budget for 2021, is increased by 71 million euros, recording a an increase of about 20%. He explained that this does not take into account additional appropriations of the 2020 Supplementary Budget which amount to 77 million euro.

AKEL,  DIKO, the Green Party and one independent MP voted against the budget.