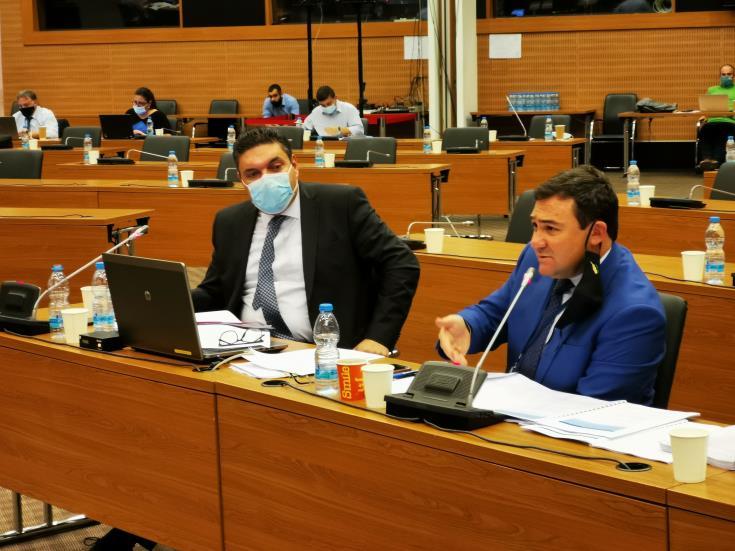 The successful implementation of the Recovery and Resilience Plan, totaling € 1.24 billion, is very important both for public finances and for growth perspective and is expected to add another 7% in Cyprus’ GDP and thousands of jobs, said Minister of Finance Constantinos Petrides.

Speaking during a meeting of the Parliamentary Committee on Finance, the Minister said that the Recovery and Resilience Plan aims to help public finances, facilitate investments in a time of crisis and add value to the economy of EU member – states until 2030.

The Minister also referred to the latest rating of Standard & Poor’s for Cyprus, saying that the international agency referred to a potential risk to the economy due to public finances and that the public debt should be reduced to 90% (of GDP) by 2024. He also said that the agency refers to the prospects for further upgrade if Cyprus manages to improve public finances.

In addition, the Minister of Finance said that last week the government signed the financing agreement for the Recovery and Resilience Facility which allows the immediate disbursement of 13% of the total amount within September which amounts to €156.8 million.

Petrides also clarified that this money, through the existing mechanism of state contributions in the EU, will be paid in the long run (over a period of 30 years) and that this year, already, Cyprus’ contribution to the EU was increased while the EU discusses further increase of member states' contributions. He added that the Cypriot taxpayer’s contribution will increase, regardless if Cyprus manage to absorb these funds or not. "This stresses the obligation of all of us to ensure not the maximum, but the absolute absorption" of funds, he said.

He also said that the disbursement of all resources was inextricably linked to the timely achievement of all 271 goals and milestones set for each of the Plan`s investments and reforms.

In particular, he said that the Plan includes a coherent package of 133 interventions, 58 reforms and 75 investments and added that taking into account the funds of the Plan and the Cohesion Policy Fund, as well as the additional private investments that will result from the implementation of the supported projects, the impact of ΄Cyprus - tomorrow `Plan will be over € 4 billion.

He also assured that the government has every intention to cooperate with all parliamentary parties in order for Cyprus to be once again a “champion” in terms of raising EU funds.