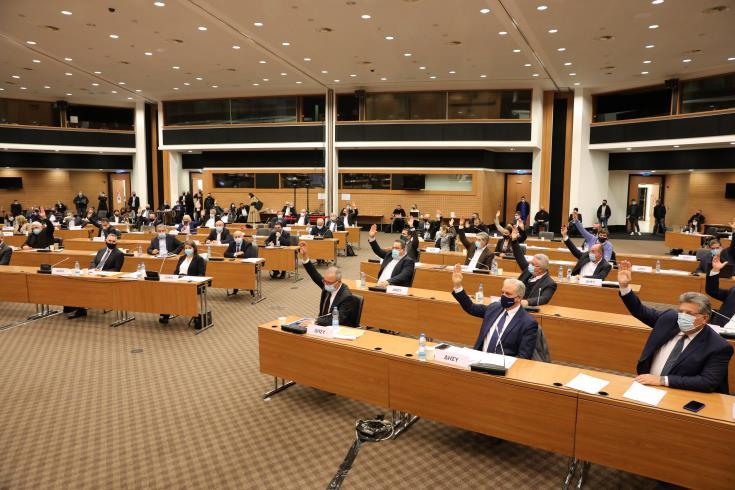 The House of Representatives plenary voted the revised state budget for 2021 on Thursday evening.

Twenty-nine MPs voted in favor and 26 against. In particular the 18 parliamentarians of ruling DISY, 3 of Socialist EDEK, 1 from the Citizens` Alliance, 2 from the Solidarity Movement, 2 from ELAM and 3 from the Cooperation of Democratic Forces.

FinMin Constantinos Petrides thanked the parties who voted in favor saying that all risks have been avoided and described the budget as a balanced and coherent.  He said that it includes major expenditures for the health and social sectors and reflects policies for the citizens.

He noted that we must now work hard in order to overcome the crisis and called on everyone to work in a less toxic environment and with consensus and responsibility.