Parliament voted to expand the framework for attracting companies 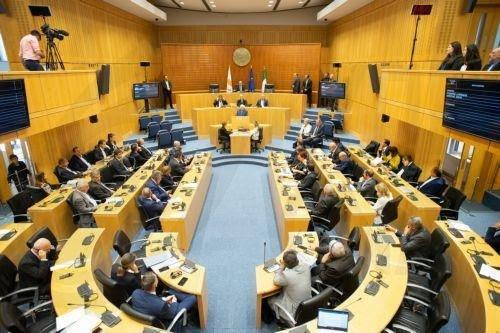 Cyprus Parliament, with 50 votes in favor and one abstention, approved into law two amending bills aimed at expanding the framework for attracting companies to Cyprus.

With the approval of these two laws, the package of tax measures included in the Strategy for Attracting Businesses to Activate and/or Expand their Activities in Cyprus, as approved by the Council of Ministers, is completed.

The Plenary approved the amendment of the Law on Income Tax, expanding the scope of the existing framework of exemption from income tax of 50% of a person's remuneration from their employment in the Republic, in case they were a non-resident before their employment.

As the Permanent Secretary of the Ministry of Finance had said, the expansion of the scope of the tax deduction was promoted in the context of the implementation of the strategy of attracting companies to operate or expand their activities in the Republic, with the aim of creating jobs with high added value, expanding the productive base and the development of the economy.

The arrangements are expected to make the tax framework for employing people from abroad more attractive, encouraging the operation of businesses in the Republic with a physical presence, transferring their headquarters and staff to Cyprus, the repatriation of Cypriots who reside permanently abroad for a long period and the attraction in the Republic of high standard of living skilled foreign workers.

The Plenary also approved the amendment of the Income Tax Law, expanding the existing tax framework for investments in innovative businesses, in order to include investments made by legal entities.

With the proposed amendments, 30% of the expenditure carried out for the investment of equity capital by a legal entity in approved small and medium-sized innovative enterprises will be deducted from taxable income, provided that the benefit from the deductible expenditure does not exceed 50% of the person's total taxable income, with a maximum amount of €150,000.