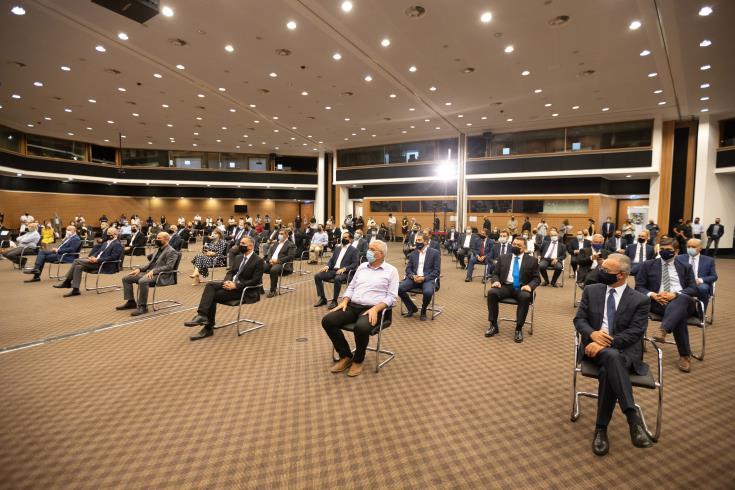 The Democratic Rally (DISY) crossed the finishing line first, while all three major political parties DISY, AKEL and DIKO recorded losses. ELAM managed to double its percentage and was placed fourth, sending EDEK in the fifth place. EDEK was the only one among the traditional political forces that managed to record electoral gains. At the same time, the Democratic Front managed to enter parliament, leaving the Cyprus Green Party in the seventh place, despite pre-electoral high expectations based on polls.

The new political landscape that emerged from the elections became clear only late on Sunday evening, as the battle for the fourth place raged between ELAM and EDEK. The Solidarity Movement with 2.31% was unable to secure a seat in the new parliament, while the Hunters’ party come close to reaching the threshold but was eventually left out. Generation Change was also unable to elect an MP after securing 2.82%.

MPs for Kyrenia District are Mavridis Marios and Superman Theodorou Rita for DISY and Christofias Christos for AKEL.

Political leaders, in statements on Sunday evening, referred to the day after, on a national and party level, while some pointed to internal party procedures, before expressing interest for the post of the House Speaker.

In his statements, President of Cyprus Nicos Anastasiades said that the day following the parliamentary elections must be characterised by an increased responsibility towards the country. He also said that he intends to convene a meeting with the leaders of the new Parliament`s political parties to seek together the roadmap for the future of the country.

“Society opted for the serious and responsible choice, while condemning irresponsible populism” said DISY President Averof Neophytou and noted that people’s choice for the country’s future is once more with DISY in the forefront.

We did not manage to persuade people, said in his statements the General Secretary of AKEL, Andros Kyprianou and noted that the result was not the one they expected. The party will respect the results and conduct a thorough analysis before coming up with conclusions, he said, pointing to the forthcoming party conference in June 25-27.

DIKO President Nikolas Papadopoulos expressed concern for losing 3 percentage points in relation to the previous parliamentary elections, but said that he was satisfied that the party was retaining nine seats, which enables the party to maintain its “regulatory role.”

ELAM President Christos Christou said that his party was the big winner in these elections, after increasing its percentage points across all districts. Replying to a question in relation to the position of the House Speaker, he said that “this is something we will look into in the coming days.”

EDEK President Marinos Sizopoulos said that the party achieved some of its goals, such as increasing the percentage share and seats. At the same time he referred to his party losing the fourth position in parliament and not being able to benefit from more seats in the third allocation. As for the House Speaker’s post, he said that this will be discussed in the forthcoming days.

Democratic Front President Marios Garoyan said that the election results are a major justification for the party which, he said, is here to stay.

Cyprus Green Party President Charalambos Theopemptou said the party could not secure a percentage similar to that projected in polls. Asked if there is a possibility to run for the post of House Speaker, he said that the party’s collective bodies will decide whether there is such a possibility.

On behalf of the Solidarity Movement, its Deputy President Michalis Giorgalas said the result was not the desired one but the Movement will not give up.