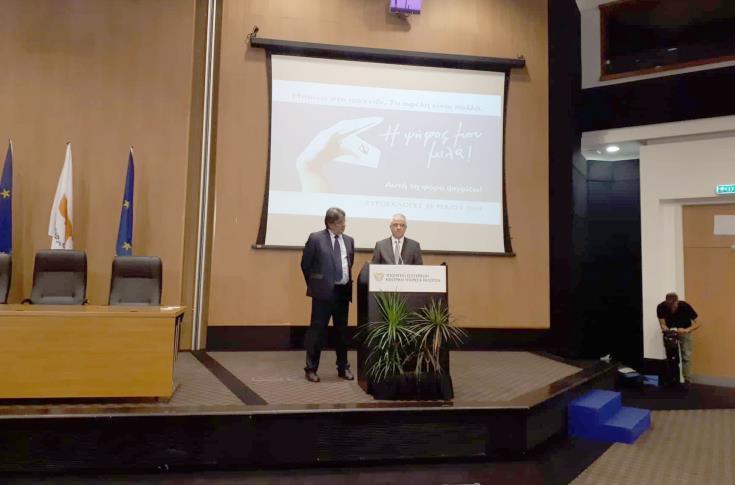 A total of 72 candidates from Cyprus, competing for 6 seats in the upcoming European elections, submitted on Friday their candidacy, during an official process at the Conference Center, in Nicosia.

Chief Returning Officer Kypros Kyprianou said afterwards that the process was completed successfully and on time. From a total of 72 candidates, 69 run with the backing of political parties or coalitions and three are independent. Candidates also include 9 Turkish Cypriots, who are citizens of the Republic of Cyprus, Kyprianou added.

According to the electoral law, a 24hour period for objections is due on Saturday at 12.30pm local time (9.30am GMT). Objections are reviewed immediately, Kyprianou noted.

The Chief Returning Officer also said that together with the Government Printing Office, preparations to design the ballot start on Friday afternoon. The final ballot will be approved during a meeting with party representatives, he added.

Kyrianou thanked the candidates, political parties and coalitions for their cooperation, as well as the Central Electoral Service and its Head, Demetris Demetriou, for their work. He also called on people to vote in the European elections, on May 26.

After the end of the process for the submission of candidatures, two objections were filed for the participation of Turkish Cypriot candidates in the European elections by independent candidate Haris Aristidou and the candidate of the Nationalist Liberation Movement Panayiotis Kleovoulou.