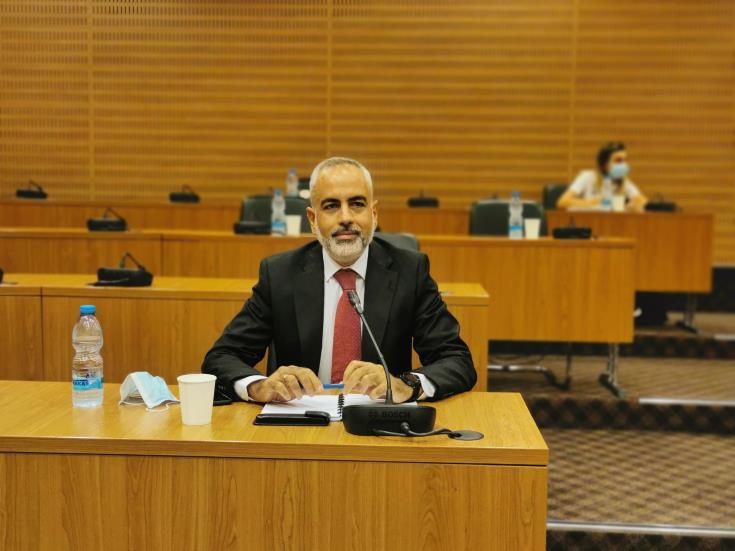 Cyprus’ Deputy Minister of Shipping Vassilis Demetriades said on Tuesday that the goal of establishing a Cyprus-Piraeus ferry link next May is attainable, adding that the Deputy Ministry is about to launch a tender in October.

“The May deadline is attainable, since with the launching of tenders we aim to provide a period of 2 to 2,5 months for candidates to study the proposals,” he said adding that terms will provide that the ferry link commences in early May, ahead of the summer season.

Speaking before the House Committee on Energy, Commerce, Industry and Tourism, Demetriades said that several issues are still under discussion with the Greek authorities and the port of Piraeus, including the fact that this will be the first arrival from a non-Schengen destination, and they talk about issues that have to do with the passenger terminal and customs.

“We are at the final stages of concluding the terms of the offer and the goal is to launch the tender within October,” the Deputy Minister went on, noting that presently there is interest from Cyprus, Greece and other European countries.

He also reminded that state aid which has been preauthorized by the European Commission’s Directorate-General for Competition, covers passenger aspects for three years. This gives enough time to determine whether the ferry link is viable, he added.

Demetriades also said that tender applicants will be able to choose between Larnaca and Limassol port as the point of departure and also determine the stopover location. There is a ceiling, limiting the fare to up to €50 for one-way tickets and €80 return, he added.

The Deputy Minister of Shipping also said that the ferry link will help Cypriots embrace shipping, which contributes 7% of the country’s GDP and employs at least 9,000 people working in shipping companies and 50,000 seafarers.

Presently, the Deputy Ministry is recording the sector’s achievements from 2000 to 2020, evaluating all challenges on an international and European level, while reaching out to people and the industry, in a bid to codetermine the sector’s future, Demetriades said.

He added that the Deputy Ministry aims to announce a strategy regarding the sector’s future in the next 20 years, the goals and the vision, setting specific targets. The strategy will not be limited to traditional shipping activities, such as ship ownership and ship management, but will cover the broader maritime area and a comprehensive state maritime policy.

Demetriades revealed that there are thoughts to expand the Deputy Ministry’s jurisdiction to other areas, such as marinas.

Speaking about ways to increase ship registration and the presence of shipping companies on the island, the Deputy Minister said that his predecessor did a very good job, however the pandemic inhibited presentations abroad. The Deputy Ministry is currently updating its shipping product and considers ways of making it more attractive, he added.

“Therefore you will soon hear announcements, offering environmental incentives” for newly built or energy efficient ships, he went on. He also said that the Deputy Ministry also aims to attract yachts at the Cyprus shipping register.

Demetriades said finally that the impact of the pandemic on shipping will become more obvious in the next few months. Replying to questions by MPs, he said that cruise ship travel is particularly hit and is not expected to recover in 2021. Commercial shipping was less affected, but the impact will become apparent in the next few months, he concluded.