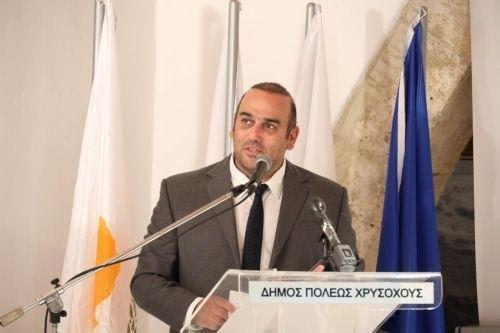 The Cyprus House has approved amendments providing for free entrance to 12 museums under the jurisdiction Antiquities Department and for holding civil weddings and other events at nine ancient monuments. Transport, Communications and Works Minister, Yiannis Karousos, has welcomed the approval of the amendments

In the framework of its 'Museums for All’ policy, the Transport, Communications and Works Ministry has promoted the measure for free entrance to the 12 museums. The aim of the 'Museums for All' project is to increase the number of people visiting museums.

Karousos said in a written statement that this policy contributes to lift any socioeconomic inequalities as regards visits paid to museums, since from now on everyone will have the opportunity to visit museums and get to know the cultural heritage of the country.

"Our purpose is to promote our museums through tourist stakeholders, aiming to their inclusion in tourist packages, and in the framework of boosting the effort to promote museum tourism as an alternative form of tourism, which will attract visitors and researchers from all over the world," Karousos said.

The abolition of the entrance fee concerns the following museums:

As regards the organization of civil wedding ceremonies in nine ancient monuments, museums and castles in Nicosia, Larnaca, Limassol and Paphos it is noted that those interested should apply at the Antiquities Department, via the relevant Municipality, at least one month prior to the date of the event.

The price for the use of these venues will be 1000 to 1500 euros and the maximum number of people who can attend is 30.

Throwing flowers or rice or ‘confetti’ as well as fireworks are not allowed.

The list of monuments includes the medieval castle of Larnaca and the old Nicosia Municipality building, as well as the Cyprus Railway Museum in Evrychou and the Museum of Traditional Embroidery and Silversmith in Lefkara.

Karousos said that there is an increased interest by foreign visitors to organize their weddings in such venues and that their use for this purpose, under strict restrictions which protect their historic value, will generate publicity as regards Cyprus' cultural heritage abroad.