Home » News » Health Minister: We are in “unchartered waters”

Health Minister: We are in “unchartered waters” 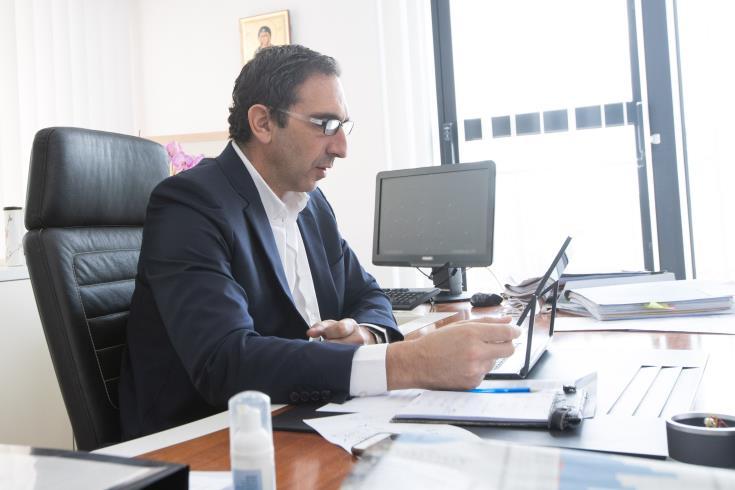 There is no magic recipe for the transition to the next phase, which was implemented in all countries and has worked, Health Minister Constantinos Ioannou has told CNA, noting at the same time that there is no reason for concern because coronavirus cases have not reached zero.

In statements to CNA, Ioannou says that just like all the other countries, Cyprus is stepping into “unchartered waters” and takes decisions based on the situation as it unfolds locally.

According to the Minister of Health and the estimates of the Ministry’s scientific team the number of cases is sufficiently low allowing for optimism for the way forward.

“This was, among other things, a factor which contributed to (deciding) the gradual restart of the society and the economy,” he points out, adding that “expecting zero cases would be utopic.”

“We haven’t witnessed such a development in any of the countries who have started easing their restrictions,” he said.

Ioannou continued that at any rate it is taken for granted that the virus will be with us for a long time to come, or at least until the medical community develops a vaccine or other treatment.”

Taking this into account, he added, we must continue the effort to keep Cyprus in the last places of the cases map and in the first on the diagnostic tests map.

He also said that in any case “we need to continue to be committed and disciplined.”

Asked whether an increase of cases is expected after the easing of measures the Minister of Health replied that this is inevitable, stressing that the goal continues to be to keep the number of cases in low levels.

From the very beginning, he recalled, Cyprus implemented the process of tracking down contacts of confirmed cases and of a continued testing procedure of the population, a practice which according to WHO and ECDC is justifiable and has results since it helps locating and isolating in time people who have contracted the virus and their contacts, thus limiting transmission.

He explained that following the measures the government took in a timely manner, the rate of transmission of the virus was able to be reduced noticeably, adding that it was also possible to move to the gradual lifting of restrictions quite early.

Referring to the next steps the government will take he recalled that Cyprus President Nicos Anastasiades has already announced a roadmap as prepared on the basis of the scientific team’s recommendation and Cyprus has entered a period of gradual return to normality since Monday.

“This procedure will take time, it cannot take place in a hurry, but rather in a targeted and careful manner,” he noted.

The next phase will be crucial for the phase after that, he said, adding at “all steps need correct planning and systematic monitoring on the part of the government, so that they are effective, allowing us to feel safe and certain that we reacted in the proper way.”

Replying to a relevant question, he said that “it is too early to say that we are or feel safe.”

Referring to the first day of easing of measures, on Monday, Ioannou said that based on the information available to him it went generally smoothly.

The majority of businesses which resumed operations followed the health and prevention measures, he noted, adding that a number of small problems were recorded in certain construction sites but it had to do with not been informed rather than of disobeying the rules.

He said that he believes that in the coming days the situation will normalize and everyone will follow the rules.