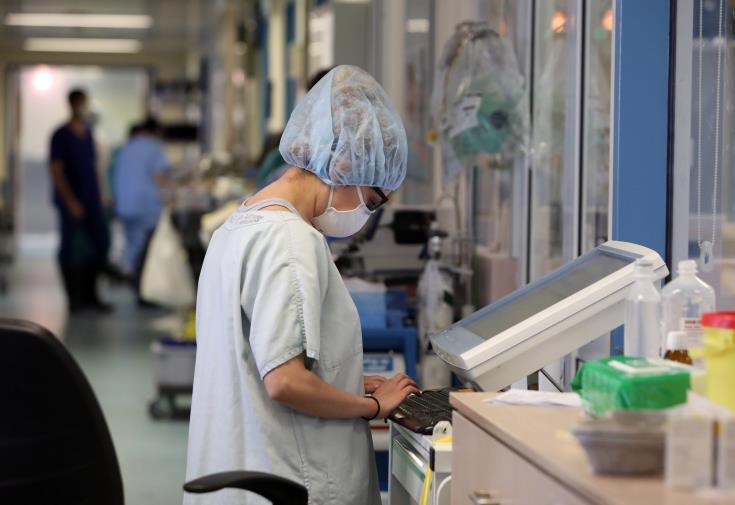 Cyprus recorded just two COVID-19 cases on Monday, the lowest number the last two months, bringing the total on the island to 874 cases.

Authorities urge citizens to continue being vigilant and follow all the directions as today the restrictive measures have been relaxed and thousands went back to work after the lockdown.

Announcing today’s results, Professor Leontios Kostrikis, member of the advisory body on the pandemic said that the two positive cases were found out of a total of 1,490 tests done. He specifically said that the two cases were traced out of 97 tests run on people who returned from abroad.

No cases were found from 66 tests run from the tracing program of already confirmed cases, and from 275 tests run at the Microbiological labs of the General Hospitals island wide. Moreover Kostrikis said that 599 tests were done on a private initiative and no positive cases were confirmed.

From the tests run on 2,000 employees at the retail chain in food and beverages industry 15 people were tested and no positive case was found. The results from tests run on employees at the State Health Services organization are still pending, as Kostrikis clarified. In the framework of the state- funded program for 20,000 tests which began on April 11, 19,471 tests have been concluded so far.

Kostrikis pointed out that the authorities are particularly pleased with today’s results as they are the lowest number of cases Cyprus had the last two months. He said that these good results came at a time when Cyprus is beginning the gradual lift of the restrictive measures and slowly returning to normality.

Professor Kostrikis said that our behavior today will reflect on the results the following days, calling on citizens to show a responsible stance and continue being vigilant and abiding to the rules.

Dr Marios Loizou, Scientific Director of Nicosia Directorate of the State Health Services organization said that globally the number of infected people is approaching 3 million 600,000 and the deaths are near 250,000. At the same time , he said, 1 million167,000 people have recovered.

As regards the figures until 1500 local time, Dr Loizou said that 11 people are hospitalized at the Famagusta Reference Hospital , two of whom are in the Advanced Care Unit  and their condition is stable. Two patients have been discharged.

Five patients are intubated, one at the ICU of Limassol General Hospital and four at Nicosia ICU.
Additionally one patient at the ICU has had the inhalator removed.

All the patients in ICUs are in critical but stable condition and five more patients are  hospitalized in other wards.

Dr Loizou said that today marks a new beginning and it is up to us how this new course will unfold. He said that we are relieved as the new course is marked by the lowest number of cases but we need not forget the chaos COVID-19 brings to all societies and how our lives have changed rapidly. He said that humankind has suffered a lot but is holding up and is doing its utmost so we don’t live such crisis again. He spoke of the need to keep showing solidarity and consensus.

Dr Loizou also made special reference to the conclusion of the new ICU at Nicosia General Hospital which can accommodate 28 patients and praised the fact that its construction finished in just 25 days. He also said that 30 more patients can be accommodated in two more emergency wards which were also constructed swiftly.

As regards to the reproductive rate in Cyprus, Dr Kostrikis said that in March it was between 3,7-4% but now is 0,5% which shows the downward trend of the pandemic.