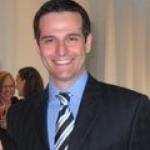 As Greece’s financial crisis enters its second year, it’s hard to see the improvement from year one. The country faces economic contraction, social unrest, and is in line for support funds from the European Union that few want to admit are necessary. While the politicians try to reassure the world that Greece is on a stable path to recovery, markets remain unconvinced, and ratings agencies continue to punish Greece with downgrades and negative outlooks. One thing that certainly has changed is that borrowing costs for Greece have gone sky-high, setting records for any Eurozone country. The realities of the situation are uncomfortable. To even begin a path towards solvency, Greece must increase its tax revenues, generate strong economic growth, and be able to borrow from international financial markets. Greece is failing on all three counts and it is doing so because of three deficits that go beyond its fiscal deficit: a capacity deficit, a productivity deficit, and a trust deficit. Shortcomings in capacity are present in both Greece itself and in the European Union. The EU lacks established mechanisms to restore stability to Greece. At the same time, European nations remain divided in their economic policy as they remain divided in so many other areas. Germany reluctantly supported a bailout the first time around and is wary of pumping more money into Greece’s troubled waters. Finland’s True Finns party is a more likely stumbling block for further aid while countries like Ireland, Portugal, Spain, and Italy are too preoccupied (and bankrupted) by their own troubles to be in a position to put up substantial funds. Financial aid packages are predicated on Greece being able to raise money on international markets at reasonable interest rates. Given present conditions Greece will find reaching the targets of its bond floats problematic and will be forced to pay extremely high interest rates that it simply cannot afford. Capacity is lacking in Greece itself. For eleven million Greeks who have been struggling with the fallout of the economic crisis, this second round of rescue is coming a year after the framework for solving their problems had supposedly been established. The Papandreou government, for all its talk, is still fighting against an overgrown public sector and endemic tax evasion that has made the underground Greek economy anywhere from a quarter to 37% of the country’s legitimate GDP. New institutions and initiatives proposed earlier this month aim to dramatically reduce evasion by 2013, but such plans may be too little too late. The productivity deficit is equally disturbing. Greece remains a highly uncompetitive economy and a difficult environment for entrepreneurship. Unemployment has been moving steadily higher and is now almost 16%. Strikes and protests have become a feature of life, replacing the more productive urge to knuckle down and work harder to pull the country through its difficult time. The public sector continues to account for 40% of the nation’s GDP; these are hardly ingredients for rapid and sustained growth. Finally, there is a trust deficit. After years of faulty book-keeping and corrupt financial practices, international markets no longer trust Athens’s figures any more than European politicians trust the promises of Greek leaders. Markets seriously doubt Greece’s ability to raise more funds at reasonable rates, making it more and more expensive for Athens to borrow.  Figures concerning debt, budget shortfalls, and the like have been continually revised negatively. This cycle turns the failure of the Greek economy into something of a self-fulfilling prophecy. There is also a trust deficit within Greece. Ordinary Greeks mistrusts their government and its recovery policies. They mistrust the austerity being forced on them by the IMF and the European Union. They mistrust the rating agencies and outside influences that are continually making borrowing more expensive for their government. In addition, getting funds together for Greece this time around will be complicated by the reality that other countries, Portugal and more significantly Spain, are facing similar financial crunches. Greece’s books have been detached from reality for years. Expecting the country and its citizens to rapidly adopt all necessary measures to avoid a default or major restructuring is stretching the limits of reason. There was a bailout after Greece’s leaders had firmly said no bailout was necessary. European leaders are pulling together more funds after the problem was supposed to have been solved, at a time when government deficits are becoming a problem across the EU. If leaders say no restructuring or default will take place, can investors take them seriously? That would create another deficit—a reality deficit.  Dr. Andrew Novo* PhD, Oxford University  *Ο Andrew Novo είναι συγγραφέας (μαζί με τον Scott MacDonald) του βιβλίου “When Small Countries Crash” που εκδόθηκε το 2011 από τον εκδοτικό οίκο Transaction.  Έγραψε το πιο πάνω blog για τη StockWatch.

6 comments
Fil on 26/05/2011
This is a very good analysis of the Greek predicament. A good diagnosis. What is the prescribed solution?
G.G. on 26/05/2011
The third point is probably the most serious - the problem of trust. How can anyone trust the Europeans given how long it takes to decide things, and how often they change their decisinos?

The Americans were in a much bigger mess, and look at where they are now.
Mihalis on 26/05/2011
Excellent analysis - this is how issues should be communicated to the public and not via the "politician's filter".

As far as a solution: I think the goals are clearly laid in Mr. Novo's analysis; developing trust-internally and externally-, cutting down on government spending, increase tax collection and increase productivity. The precise nature of the policies that would attain those goals - the how part- should be figured out by the Greek government-and this definitely requires work.
observer on 27/05/2011
Another excellent article which as pointed out by Mihalis above avoids the politicians filter approach,unlike other articles (limited in number) on stockwatch that have fallen into this trap and have destroyed the credibility of their writers.
Given the social unrest that the measures are bringing to the Greek people a prescribed solution/suggestion would be to go really heavy on the tax evaders.Such a measure would be popoular but also fair.
Panos on 27/05/2011
Thank you for the good analysis. It happens to know a few things more about the Greek situation and how serious it is than shown in the media.

Who would imagine that the Greek Minister would ever seriously ask the approval of his plans by the opposition party?? Well it happens now, not because Papandreou wants that (he actually hated the fact that had to meet Samaras to ask for his approval) but because EU is pushing for this, as a requirement for things to move on.

1. Greek people will continue suffering for many years. This is not a problem that can be solved in a few years.
2. Greece has managed to create a very,very ,very bad name in the international community.
3. The Greek political parties showed once more, even during the worse possible times, that the party matters more than the country.
4. Best lesson is that at its heart, this is not a problem of a exceesive public debt, but a problem of vastly deteriorated moral standards among public officials and citizens.
kax on 27/05/2011
This is an excellent analysis of the deadlock in Greece.It seems there is no solution.Mission impossible for the EU,the ECB and the IMF.