Home » Απόψεις » A cat has nine lives. So does the Cyprus property market 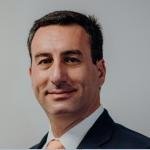 A cat has nine lives. So does the Cyprus property market

Where is the Cyprus property market heading? I have been asked this question countless times over the past three months, primarily from foreign investors who are trying to appreciate how the rise in inflation, increase in interest rates, and war in Ukraine is affecting local market dynamics.

In a nutshell: Things are going to be better than most people expect in terms of demand and prices, but worse in terms of amplifying income inequality and creating future imbalances (which no one seems to care about).

The property market is split into three main groups who are living parallel lives on “the rock”, forever going about their daily lives without interacting with one another (like the song goes, “we are like trains that pass each other in the middle of night”).

The first group are locals who live in Nicosia, who in their majority are employed by the government, banks, or associated companies, i.e. service providers to the government and banks. These employees have (inflation) index-linked salaries, strong union protection, work for “inward looking companies”, i.e. their clients are locals, and are risk averse. The Nicosia property market is the least likely to be affected by the aforementioned external factors, although there is some scaling back of investment due to the rise in interest rates and of building sizeable primary residences due to the increase in construction costs.

The second group are foreigners (not sure if that term is applicable anymore), who have moved to Cyprus to work in the financial services, shipping, and, more recently, the ICT (information and communications technology) sectors. These individuals are, in their majority, highly skilled/ paid and primarily concentrated in Limassol. Over the past three months, thousands have been moved to Cyprus by their employers, both due to tax incentives (headquartering and income tax related) but also due to relocation from Ukraine, Russia and Belarus. The Ministry of Interior stopped providing relevant statistics after April, but until then 14,000 Ukrainians had moved to the island (no corresponding numbers were announced for Russians and Belarussians). It would be logical to assume that the overall number of individuals who have moved to Cyprus from these three countries since February is circa 20,000 (equivalent to 1.75% increase in the country’s population or ½ of Paphos city). To these we must add the Lebanese who have been moving to Cyprus over the past 3-5 years (at an increased pace since the explosion in Beirut in August 2020) and Israelis who have accelerated their investment activity in Larnaca (and more recently in Paphos).

Residential rental prices in Limassol are at an all-time high, with those in Larnaca and Paphos rising as well. Whilst this is primarily driven by the recent influx in population, some sizeable infrastructure projects are also “coming online”, e.g. the new university in the centre of Paphos (American University of Beirut), the new road connecting Paphos to Polis (underway), the redevelopment of Larnaca’s port and marina (by Kition Ocean Holdings Ltd, an Israeli-Cypriot consortium), the relocation of Larnaca’s petrochemical processing plants (close to completion, with masterplan announced), etc. There is also significant demand for grade A office space to accommodate these new companies/demand, along with demand for better quality shopping & leisure experiences, private schools, etc. We don’t expect that demand/pricing for the above will diminish over the next 2-3 years, primarily as supply is “sticky” and will take a while to react to the new landscape.

The third group are those locals who live with (or off) the aforementioned foreigners. They command higher salaries, either because of their skillset (technical or linguistic) or because they have managed to gain their trust. These individuals are “riding the wave”, having become experts at drinking quality gin and vacationing in Mykonos. One should remember that a surfer only spends 8% of their time riding waves, with 54% spent paddling and 28% waiting for waves. Caution is advised, especially as life is a long-term commitment.

There are two smaller groups that are also worth mentioning. The British expats who live(d) in Paphos and Larnaca, who are now either moving back to the UK (to take advantage of the NHS) or have handed over their residences to their children. There are also thousands of Eastern Europeans (Bulgarians and Romanians) and immigrants from sub-Saharan Africa, who are living in dated buildings in city centres and exploited by traffickers and others. They are “the unseen” people of Cyprus.

Let me bore you with expectations over the mid-term. There are tens of sizeable projects under construction or planned across the island, especially in Limassol, Larnaca, and Paphos (in this order). Almost all of these are targeting high-end foreigners, particularly individuals looking to move to Cyprus for employment, as well as for holidaymaking. These projects are becoming bigger and bigger, increasingly not developed by locals or financed by local banks. Furthermore, the companies moving to Cyprus are not employing so many locals, mainly because of a miss-match between the availability of “local talent” (teachers, accountants and lawyers) and what they demand (programmers, engineers, etc).

We are seeing the development (and split) of two worlds, where inequality will become even more pronounced and income mobility will decrease. Unfortunately, the Cypriot government is sleepwalking (again) and is focused on building roads and amending the tax regime, rather than reforming the education and justice systems. With the “Cyprus problem” solved (i.e. nothing is happening), Russian business moving out (that impact will be “felt” from Q4 onwards, as some are still trying to reorganised their operations), and the country not being part of the EastMed gas pipeline (the latest configuration is Israel, Egypt and Greece), the extend of the dichotomy remains to be seen. We are not hopeful, but then again gin was never our drink of preference.