Are Advanced Car Safety Technologies Worth the Price Tag? 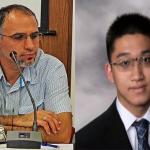 Are Advanced Car Safety Technologies Worth the Price Tag?

On July 6, 2022, EU Regulation 2019/2144 will go into effect requiring new passenger cars and light truck vehicles to possess several additional safety features. Among them are advanced emergency braking (AEB) and emergency lane-keeping (ELK) systems that will be particularly beneficial for road safety.

AEB systems have sensors that detect if a vehicle is about to crash into an object in front of it. The system warns about of an imminent collision with a visual and/or audio cue, and if the driver doesn’t react, it automatically begins braking so as to avoid or reduce the severity of the crash.

Emergency lane-keeping (ELK) systems are used to track a vehicle’s position relative to the sides of a road lane. They have a lane departure warning system which will initially notify the driver and if the vehicle exits the lane without the direction indicators being activated, the lane-keeping assistance part of the ELK system will be take over and steer the vehicle back to its course.

AEB systems individually may cost several hundred euros, while ELK systems range from a few hundred to a few thousand euros, depending on how many features car manufacturers include. These systems will be priced into the cost of vehicles that come fitted with them.

Notwithstanding, these extra charges are expected to be accompanied with several benefits. One study commissioned by the European Transport Safety Council [1] found that the introduction of AEB systems to new vehicles lowered the likelihood of rear-end accidents by around 45%. Whatsmore, AEB systems consistently reduce the number and severity of vehicle-pedestrian crashes as well, with one study revealing as much as an 84% reduction in fatal injuries.

ELK systems have been estimated to lower head-on and single-vehicle crashes that resulted in driver injuries by about 30%.

Between 2008 to 2020, 729 people in Cyprus have lost their lives in traffic accidents, and another 15,173 individuals have been injured. The European Road Safety Observatory estimated that in Cyprus, in 2010, the average crash involving only slight injuries had social costs of €11,900, reaching over one million if the crash was severe enough to involve a fatality.

Many car manufacturers already have AEB and ELK systems fitted in their vehicles, though some are offered as optional add-ons upon vehicle purchase. In light of the potential of these technologies to protect vehicle passengers and pedestrians and save human lives the benefits outweigh the financial burden.