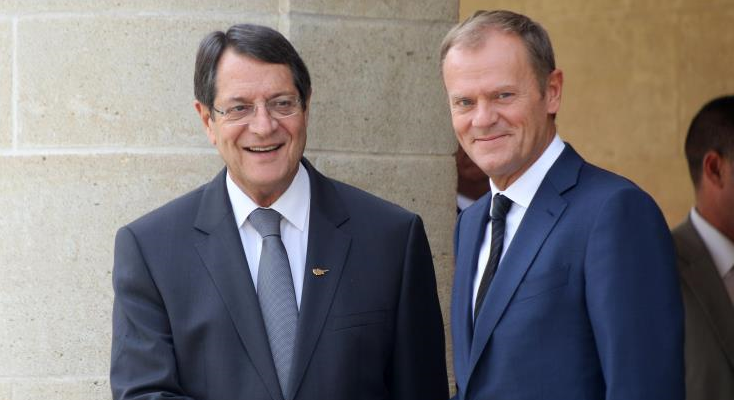 The meeting took place in a constructive atmosphere, and according to a government source, President Anastasiades has given emphasis on Turkey`s behaviour, which was contrary to President Tusk`s recommendations in his statement after the informal summit of the 23rd of February.

President Anastasiades also highlighted the need to send a clear message to Turkey through the Summit`s conclusions, which President Tusk will also convey to Turkish President Tayip Erdogan at the Varna EU- Turkey Summit.

Last month, a drill ship contracted by Eni to explore offshore Cyprus left the area, after Turkish warships blocked its path to its target in Block 3 of Cyprus’ EEZ.

Turkey does not recognise the Republic of Cyprus, an EU member state since 2004. Cyprus has been divided since the Turkish invasion of the island in 1974.