Home » News » Measures to contain pandemic in place until February 28

Measures to contain pandemic in place until February 28 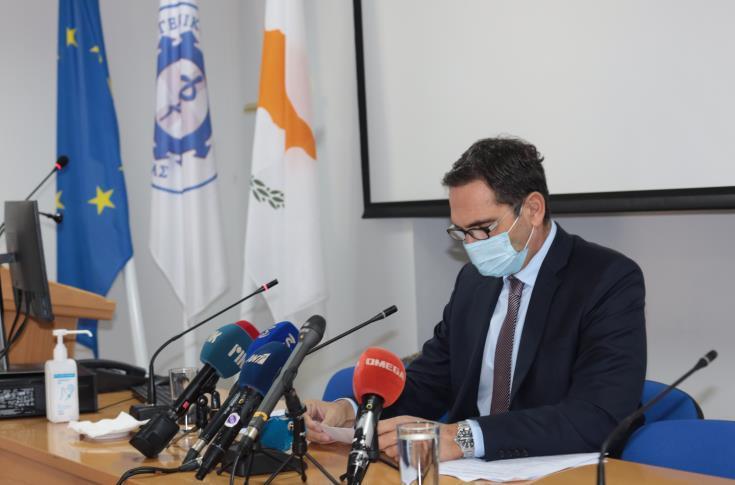 A further relaxation of measures to contain the COVID-19 pandemic is not set to take place in Cyprus before March, since the Cabinet decided on Wednesday for the measures as they have been relaxed so far to continue to be in force until February 28, in order to be able to review the outcomes of the second phase of relaxing measures which started on February 8 and in light of concerns over coronavirus variants.

"Following a recommendation by the ministerial committee on dealing with the pandemic, the Council of Ministers decided today to extend the second phase of the strategy for a gradual lifting of restrictive measures until February 28, 2021," a Ministry of Health press release says.

Despite epidemiological indices improving, during a meeting on Tuesday the ministerial committee reviewed epidemiological data and took into account the fact that the second phase started on Monday, February 8 and its outcomes will have to be reviewed in the coming weeks, the press release ads.

The Ministry of Health further notes that another factor taken into account "was the strong concern at pan-european level on the new virus variants."

"Given that the variants which have been detected so far in most EU states, including Cyprus, cause a more aggressive and fast transmission of the virus, the Ministers responsible agreed that de-escalation of measures should take place slowly and cautiously to prevent placing undue burden on the epidemiological picture," the press release says.

At the same time the Cabinet also approved with a proposal by the committee to continue the antigen rapid test screening programme of employees on a weekly basis, aiming to continuously monitor employees and avert a breakout of clusters in places of work.

In the meantime, in statements to CNA, member of the Scientific Committee on the pandemic, Professor of Microbiology/Molecular Virology at the University of Nicosia Medical School, Dr. Petros Karayiannis said that a further drop in coronavirus cases is expected to be evident in the coming days, noting however the need to continue to be alert due to the British variant.

Karayiannis, who is a Professor of Microbiology/Molecular Virology at the University of Nicosia Medical School, said that it is "encouraging that yesterday we had a double digit number of cases for the first time in some time." He expressed the hope that this will continue and improve further despite the opening of retail businesses and schools.

The rapid tests which are used to monitor the situation, he said, will help us to detect in timely manner any problem and while vaccinations continue and we are at least shielding our elderly and the people in care homes, "I believe we will be OK."

However, he cautioned, "what we must always have in mind is that the British variant is now present in Europe, which is transmitted more easily and may cause more deaths."

"We need to be alert because it could cause us a great problem and overturn the picture we have right now," he stressed.  He explained that although it has been ascertained that the British coronavirus variant has been present in Cyprus it is not yet known to what extent it was responsible for the outbreak of cases the country witnessed from Christmas onwards.

He also said that from the press it has also become known that the British variant is also present in the Turkish occupied areas which means that once movement is restored between the two communities, there is a danger that the variant could be re-introduced through the crossing points.

Asked when we will be able to return to normality, Karayiannis said that it will depend entirely on the amount of people who are vaccinated and on how soon vaccines will be updated so that they can protect against variants. It seems, he noted, that the antibodies produced by the current vaccines do not recognise to a great extent the South African strain.

Commenting on public discourse to do with the AstraZeneca vaccine, he recalled that the vaccine has been licensed by the EMA for use in the EU for all ages and that it has already been used for two months in Britain. According to the information, he said, the response has been very good on elderly people, adding that it seems that the vaccine may offer protection up to 85%.

On an drug manufactured in Israel to combat COVID-19, he said that it is experimental and that it needs to go through clinical studies.